I got to draw these awesomely creepy dolls last night at a drawing event I'm helping organize near the Brewery lofts between DTLA and Lincoln Heights. The artist who created the dolls is a Brewery Lofts artist named Ryan Patterson from his "Let's Play Dead" exhibit. It was a take on "hear no evil, see no evil, speak no evil" 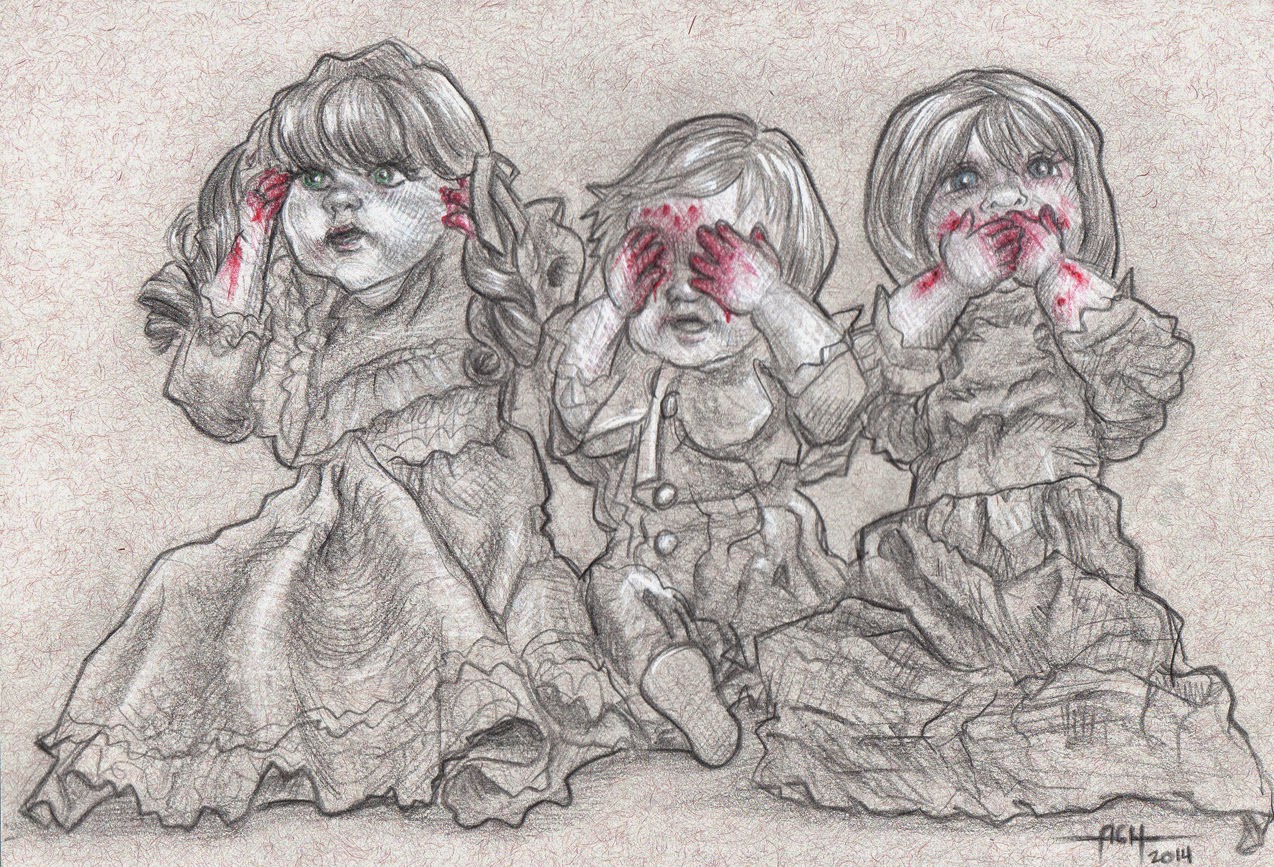 Here's a photo of the dolls. I wasn't able to match the creepiness exactly. 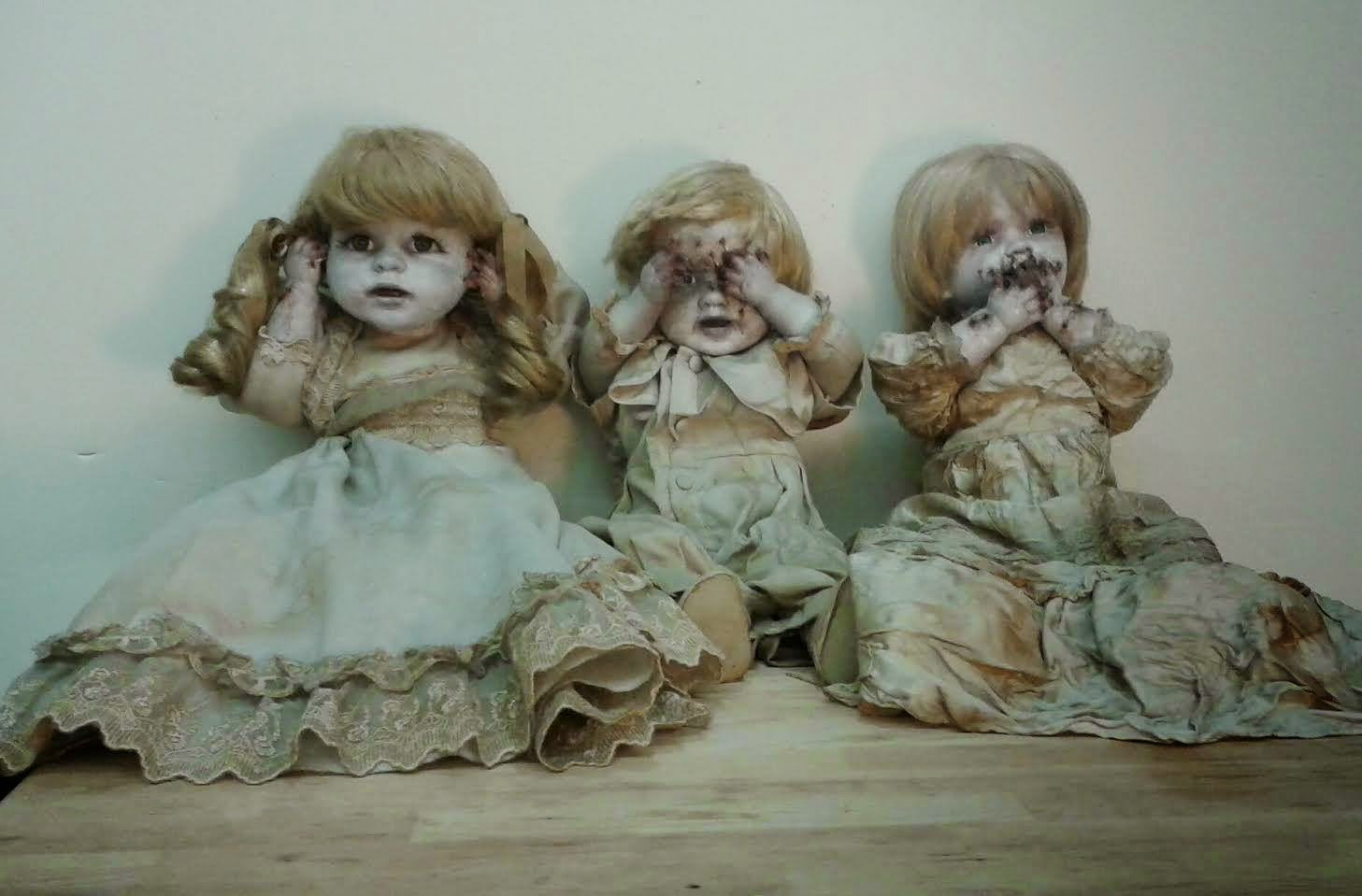 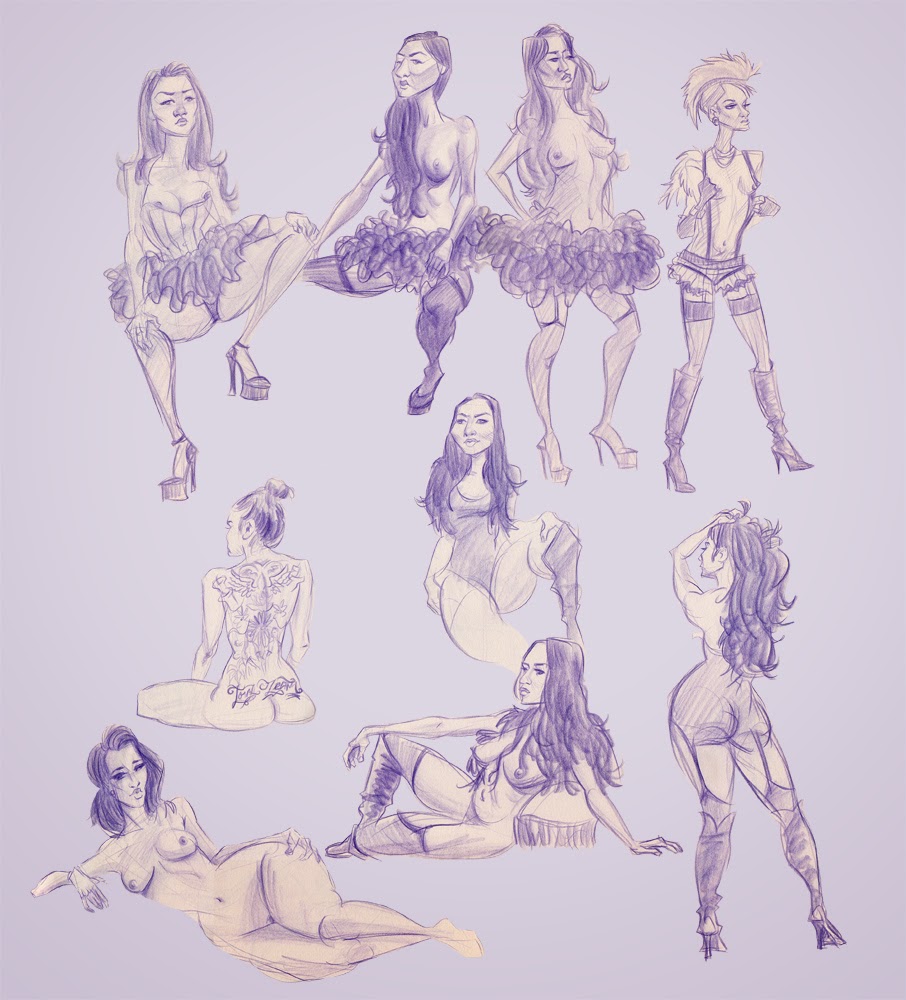 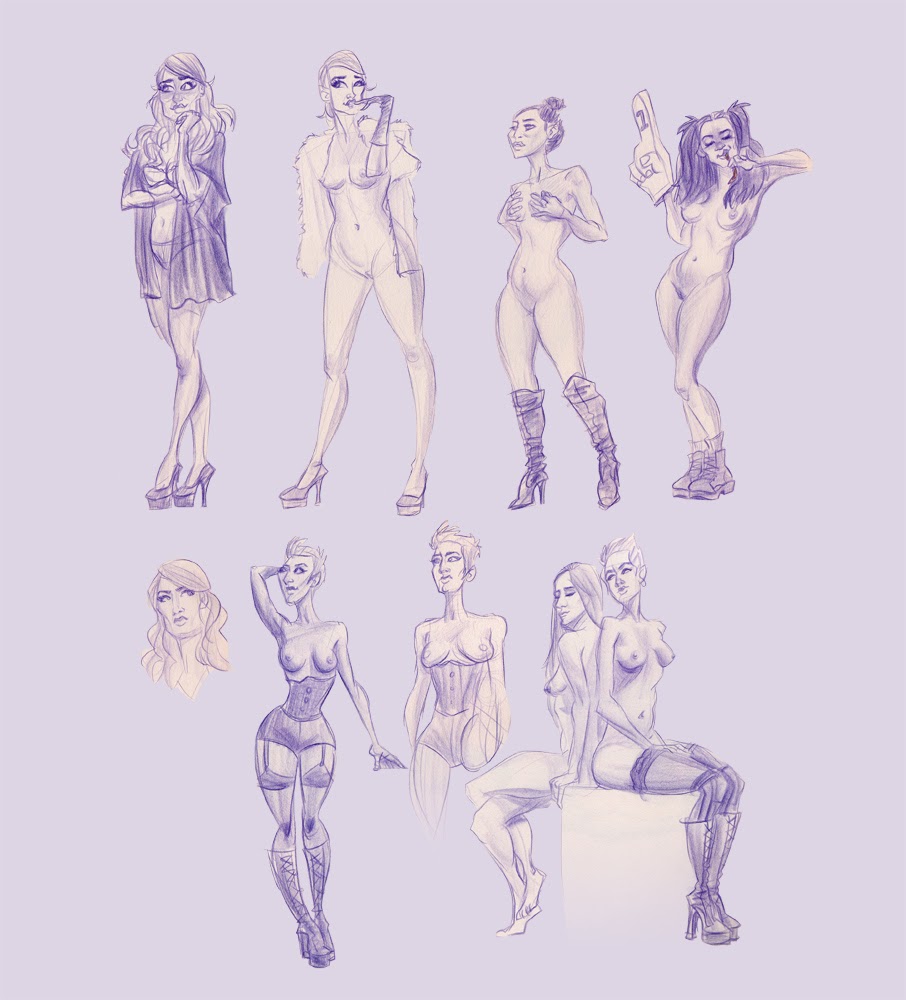 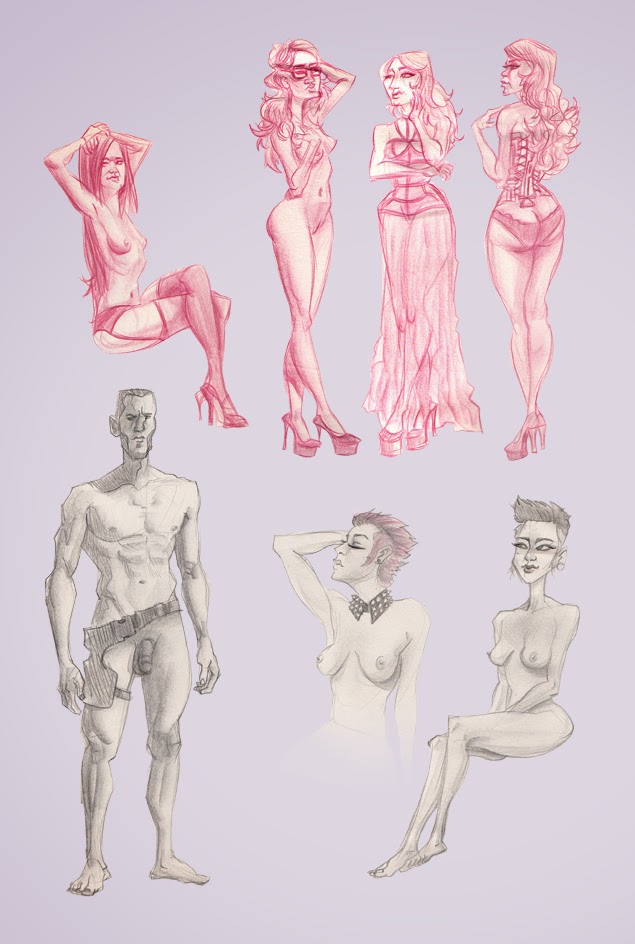 From various Peeping Tom's Drawing Salon events in February with the Gallery Girls. 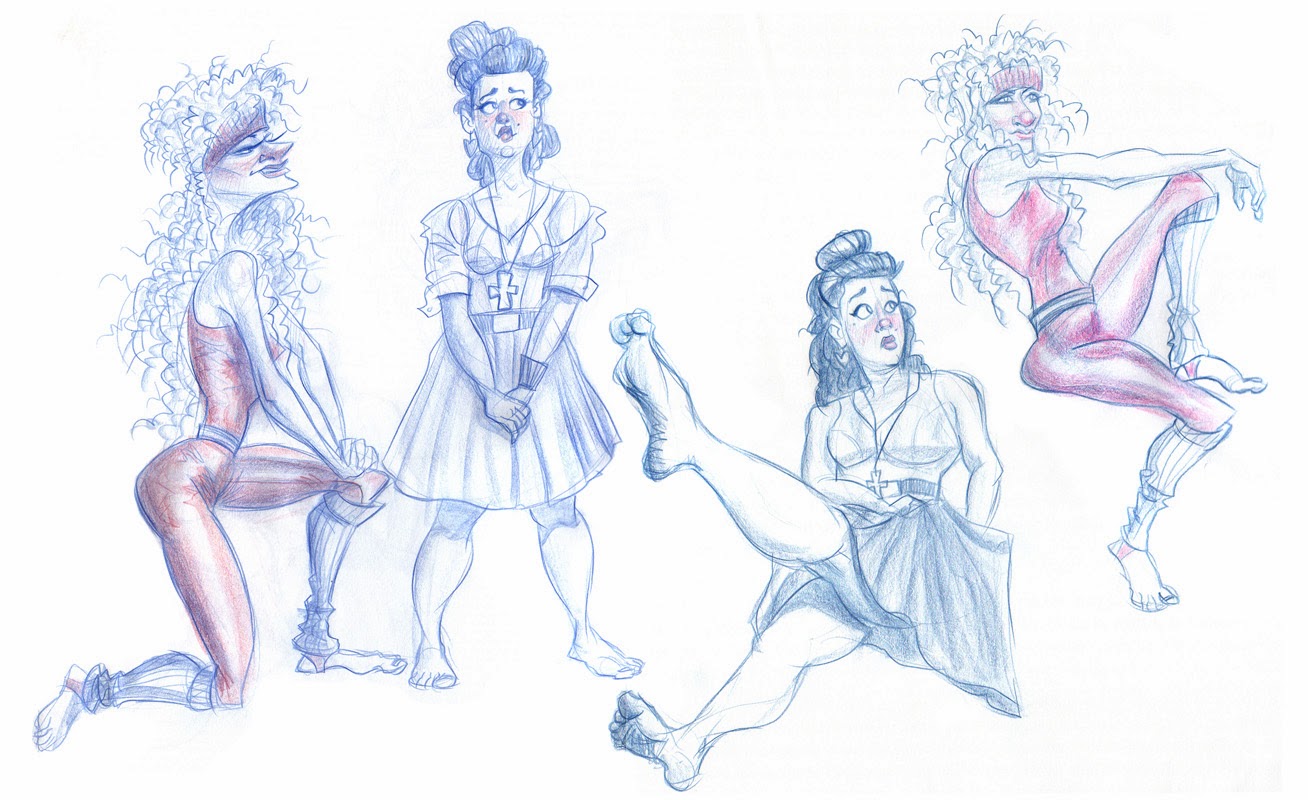 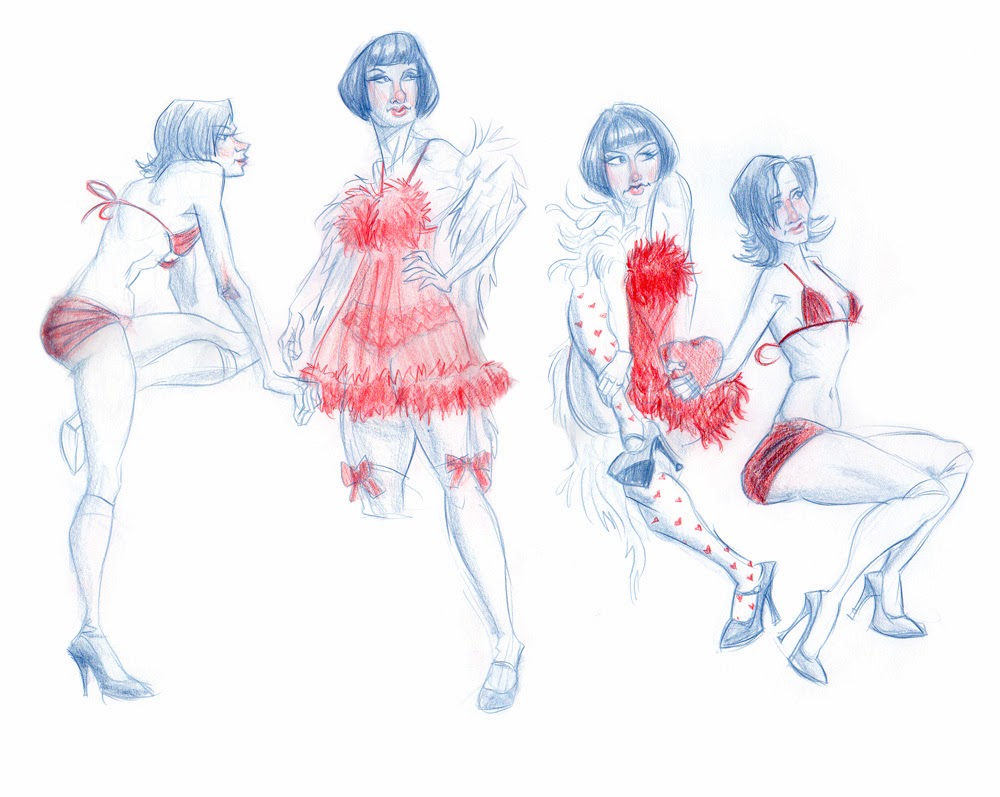 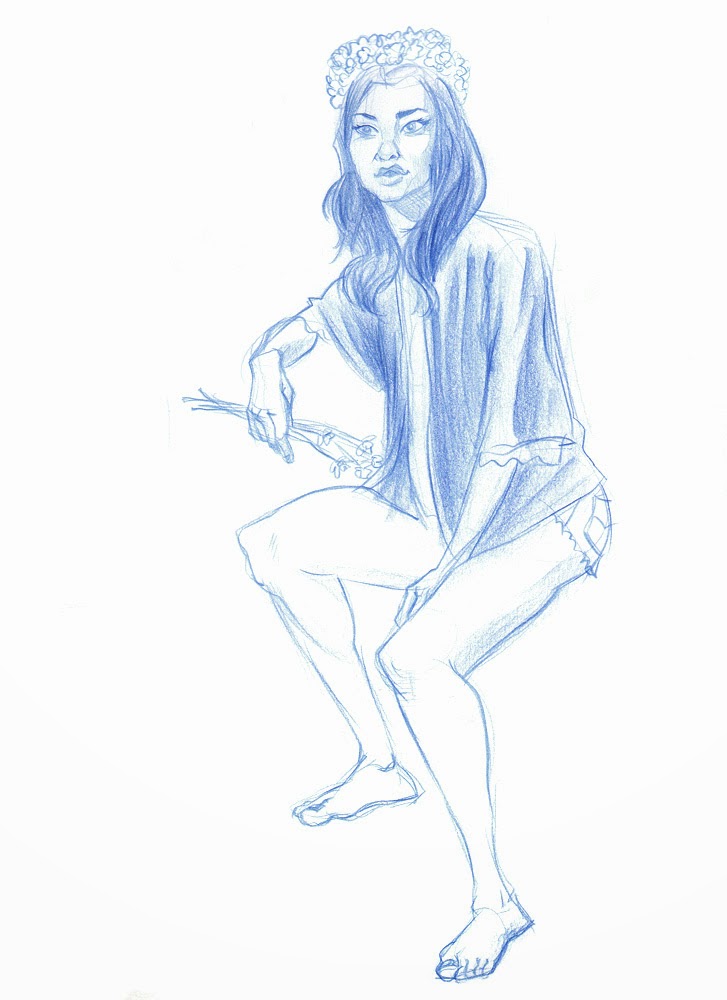 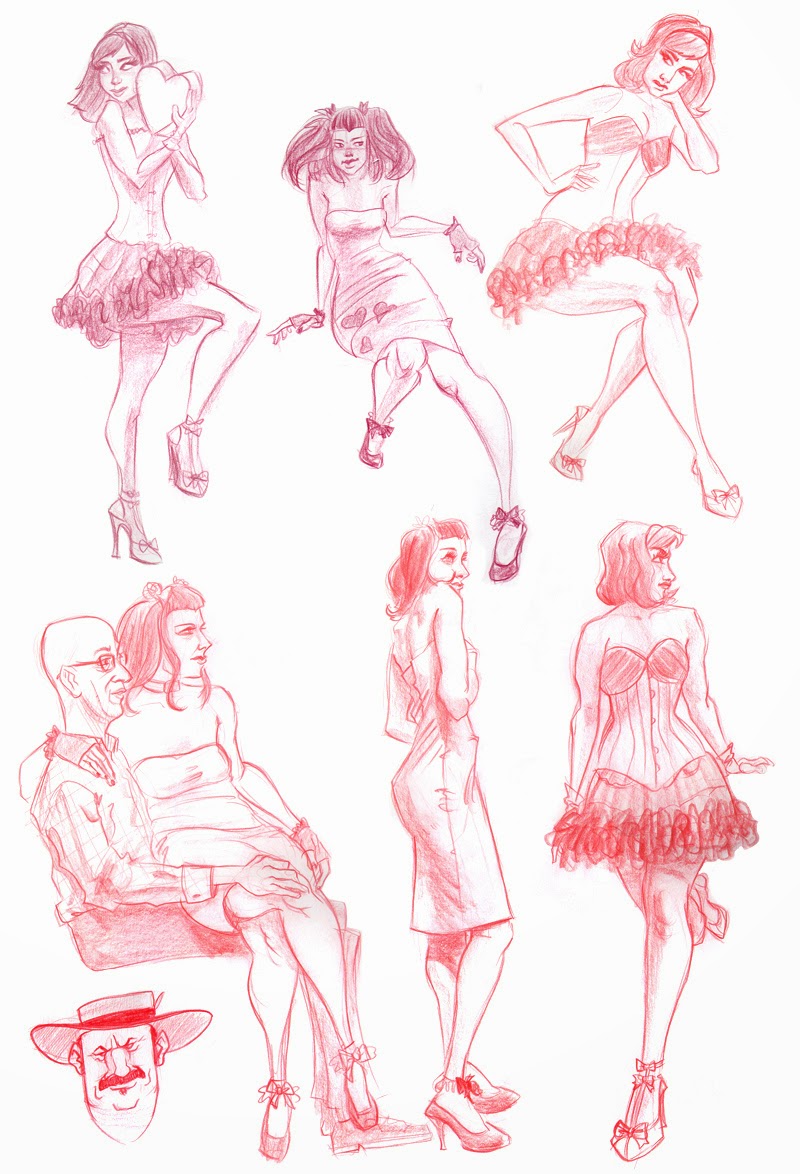 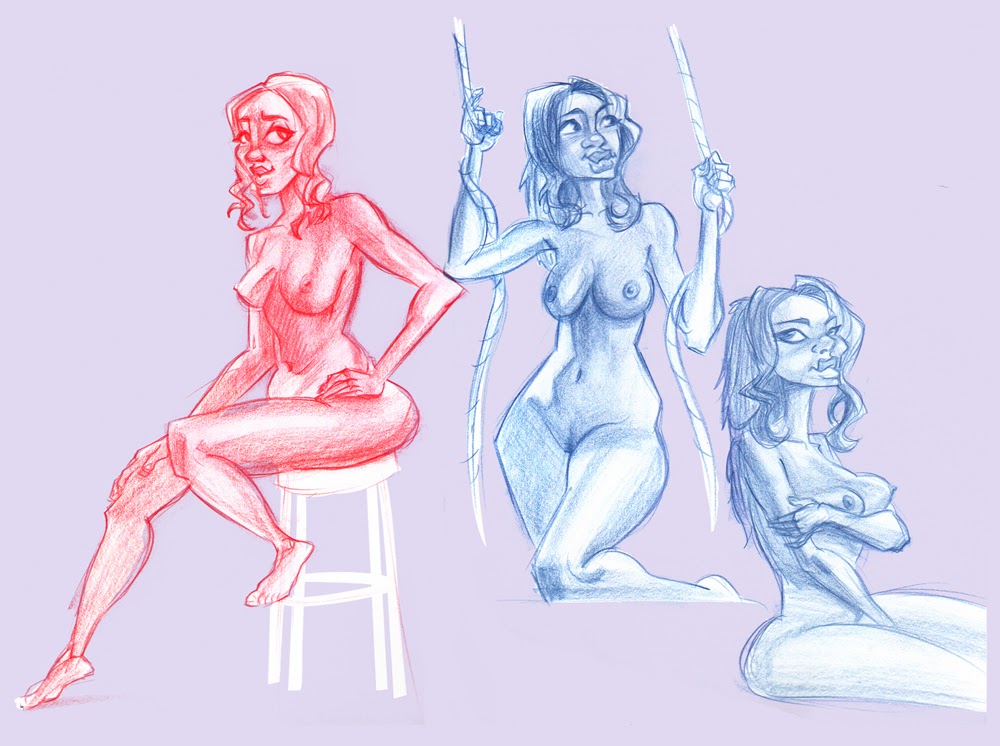 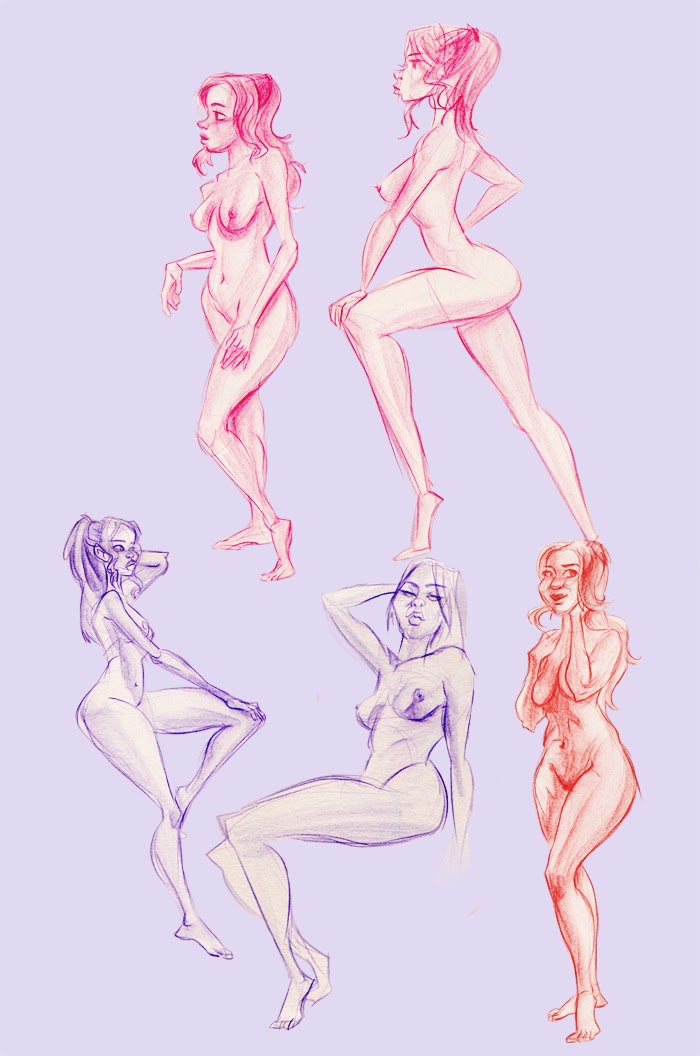 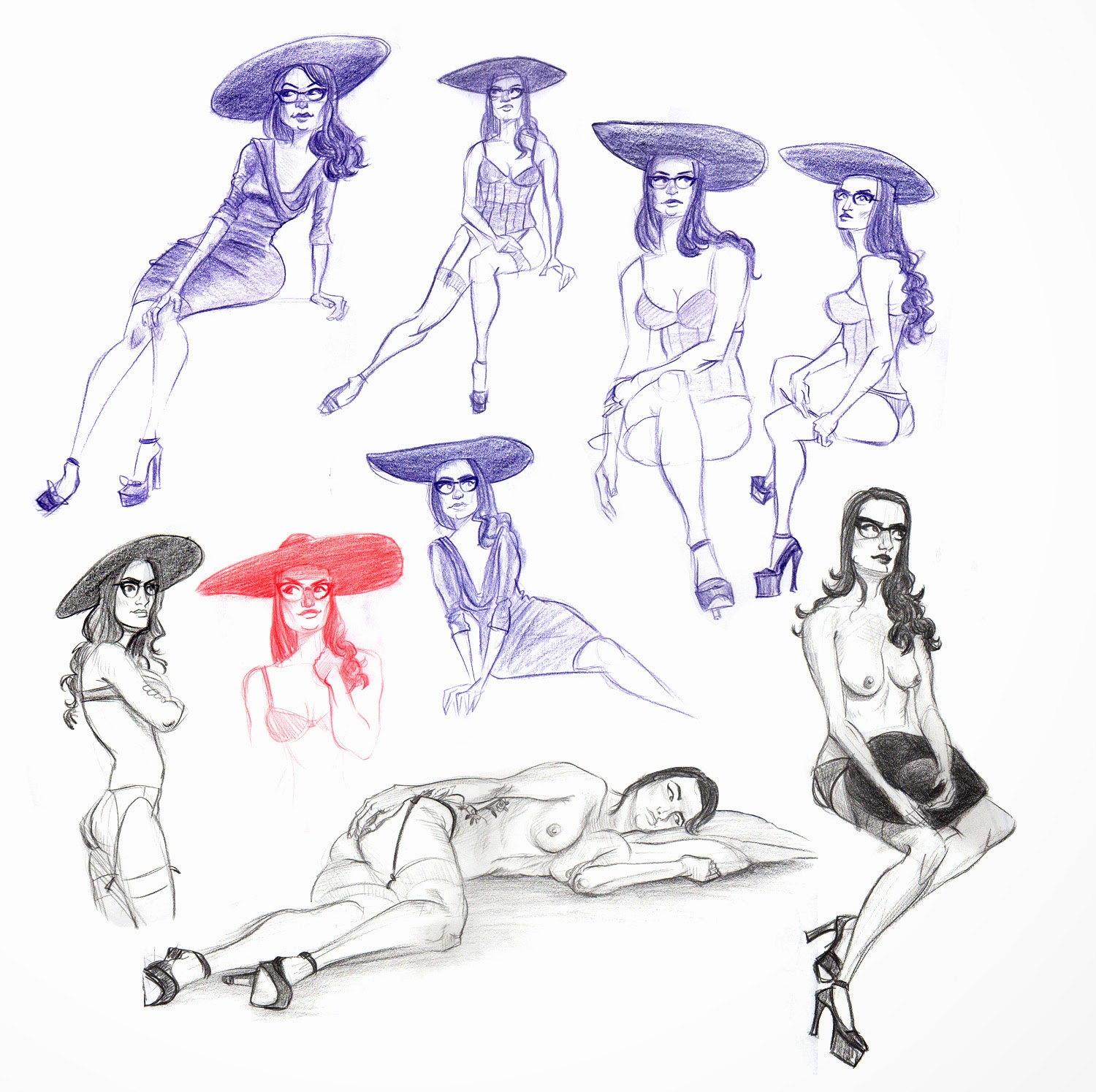 I've had a crush on her as long as I can remember. I tried to capture her likeness, don't think I quite nailed it. 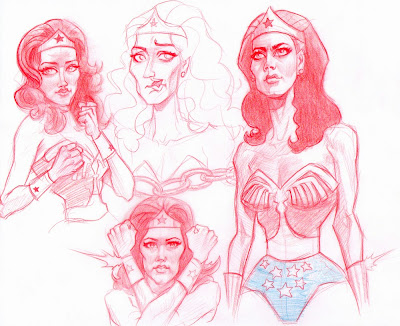 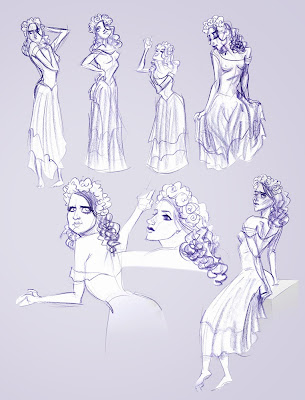 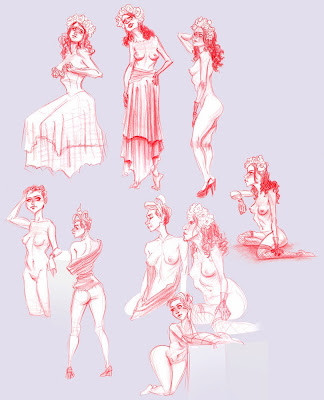 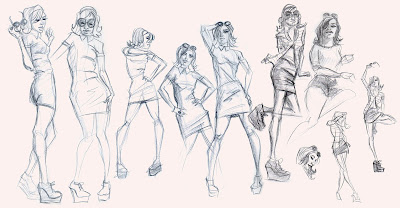 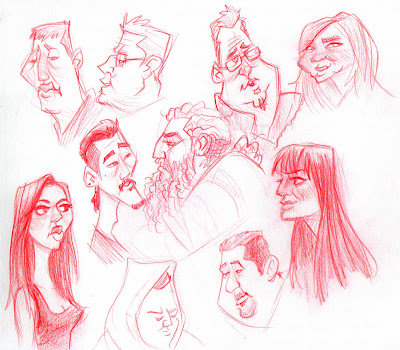 "You made me forget myself. I thought I was someone else, someone good." 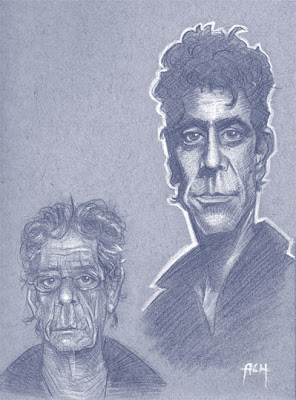 Faces from in and around Long Beach, CA

I lived in Long Beach, CA for almost 2 years and captured all of these people in that period. In that time I went through a few jobs and also spent some time in between jobs - these were some of the faces from my lunch breaks, meetings, time spent getting to know the Metro Rail, and a few miscellaneous places that may or may not have served booze. 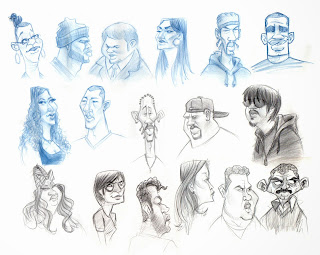 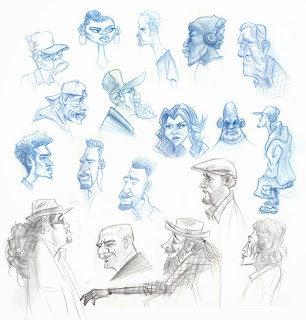 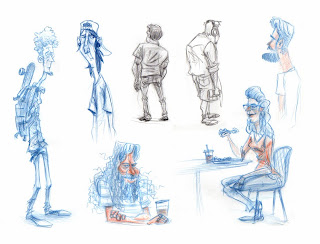 Went to Dr. Sketchy's on 9/3/13 and got to draw these lovely ladies. My anatomy needs work, so I guess I'll keep at it. 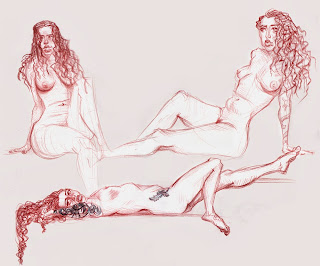 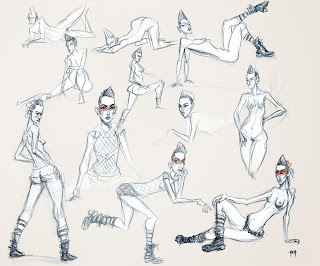 Some of my 3D Character Models

Some of the Character Models I have done throughout the years - the models are interactive, so you can drag, rotate, and zoom each model, as well as change their materials.

After a long hiatus, I'm back. I messed something up with Google+ and suddenly all the images were taken off of my blog...but I went back and painstakingly added them back in. Also, I got some new stuff to show. These were done at Dr. Sketchy's earlier this month, it was my first time at one of the good Doctor's events, and I enjoyed it thoroughly. Oh yeah, and it was the girls first time doing anything like this too, so I wasn't the only virgin. 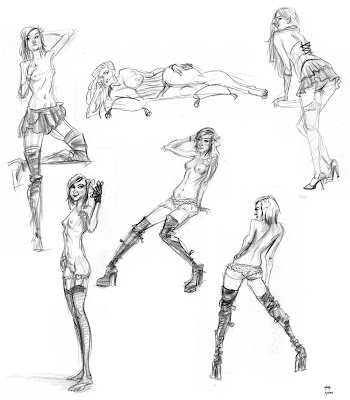 My blog got all messed up. Please check out my portfolio until I get this one back up and running.

"No good you say? Well that's good enough for me. You're the same kind of bad as me." -Tom Waits
Sketched whilst eating lunch today. I was looking over my last attempt at him and wasn't too happy - I'm a little happier this time around. 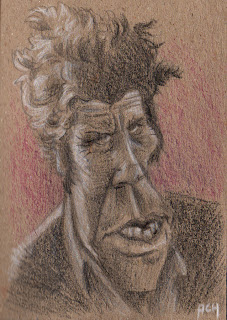 Did a warm-up sketch this morning before beginning work on a kid's project I've been contracted to do. I realized I don't draw kids very often, so I needed the practice. The project will be for a cutscene animated in Flash - oh yeah, I'm also teaching myself Flash (about friggen time!) 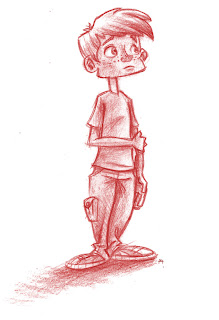 Sketches from out n about

Drew some of these at various places, including at a bar, at Comic Con and at last night's Animation Nation event with Stephen Silver. Jury Doodie part Deux. In 2007 I had to spend all day in a stuffy Downtown LA Courthouse waiting to see if I was gonna be chosen as a juror. To pass the time, I sat and drew some of my fellow potential jurors. A few weeks back I had the misfortune of being stuck in the very same building, and again passed the time sketching away. This time, however...after I cleverly talked myself out of serving - as I walked through DTLA's California Plaza, I was delighted to have stumbled upon THE Kenny G. doing a sound check for a concert he was apparently performing there later that evening. OK, maybe I'm exaggerating how excited I actually was, but it was a cool moment nonetheless. As I watched him, I KID YOU NOT, the natural outdoor breeze was dramatically blowing his hair as if he was in a music video or something. It was dreamy. I quickly got out my sketchbook and decided to sketch him, just as he was wrapping up. All in all, not a bad day in LA. 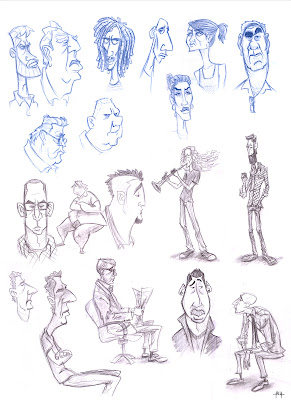